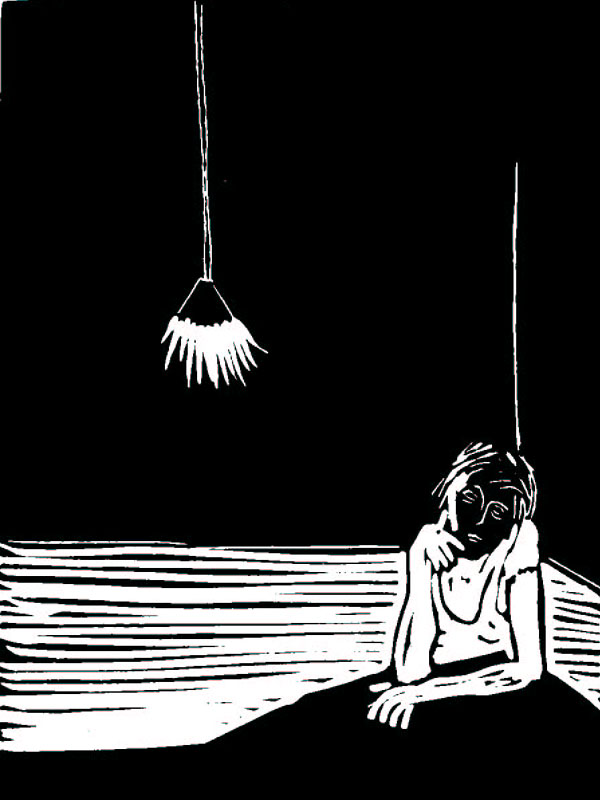 Ask Hives For A Suggestion

It starts out bad and, second by second, it gets worse. You know the kind of night I’m talking about, where you’re so tired you want to lie down right where you are, where your legs are so heavy they feel like they’re sinking into quicksand, yet you can’t close your eyes, you’re so twitchy, anxious, worried about dozens of things that might not ever happen, but they could, and you’re just waiting for the axe to drop.

“Wired & Tired” they used to say after a music gig. “Wired and tired.”

There’s a thin film of sweat all over your body, and a general malaise, nothing definite, nothing you could point to, but SOMETHING is bothering you, making you tremble, sweat and shake.

A feeling of impending doom falls on your head, and you can’t shake the thought that something dreadful is about to happen or may be happening right now, just outside your circle of awareness.

Nothing seems to help. You lie there, waiting for sleep to come, but it never does, not when you’re like this, it doesn’t. Finally, in desperation and writhing discomfort, you struggle up out of bed and somehow dress yourself in something not too uncomfortable, but warm enough to help with the coldness, the biting chill, that eats at you from all sides.

Now comes the guilt, the worry about being anxious and depressed, the horrible fear that you might either be anxious, or you might BECOME anxious, the realization that you’re in a deep depression, and that nothing you do will bring you out of it anytime soon.

You’re quite right, the doctors will tell you that you mustn’t feel anxious, that anxiety is bad for you. There’s nothing bad happening, nothing horribly wrong, nothing going on that hasn’t been going on for some time, but now, tonight, at this hour, you’re anxious, and this makes you depressed. 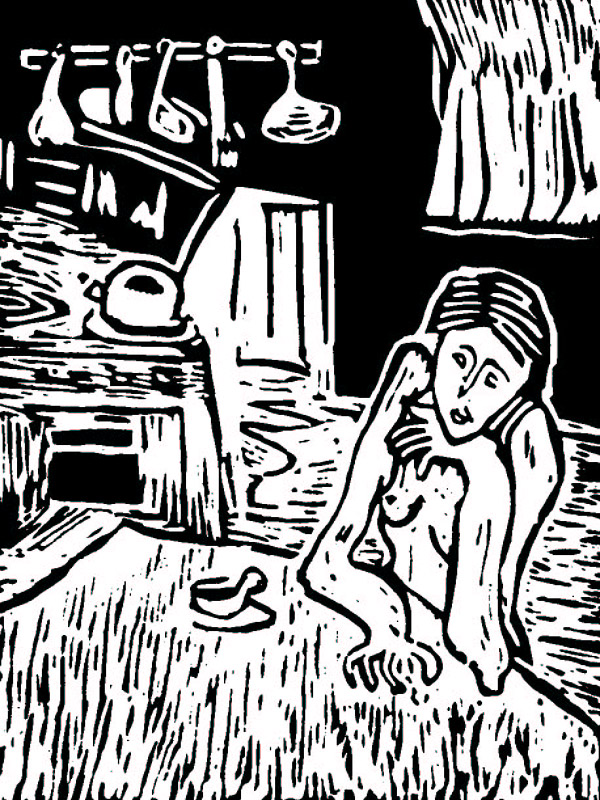 “The Woman Who” -- Original Multiple by EJ Gold

Then you start thinking about all the reasons you might be depressed, trying to find some logic in it, some rational reason why depression is indicated, and somehow, you always manage to find at least one reason to be depressed, and you land on that, then zoom in on it and peer at it from all sides, which makes you even more depressed.

Things look awful, dreadful, horrible. All your efforts are futile, everything you do will someday crumble into dust, your friends are moving elsewhere, finding new interests or getting stuck in old ones, or simply dying off, leaving a “High School Reunion” effect on you, where you’re looking around the room, wondering where everybody has gone to.

Well, the fact is that most of them were never there in the first place, merely figments of your imagination, in the sense that what was really going on inside them was nothing like the picture you built up of them and robotically maintained, in the face of new data.

The illusion of worthwhileness, of some intrinsic deep lasting value, has tracelessly vanished. Your job, your career, such as it is, your family values and your self-image are all shattered, at least for this dark hour and other dark hours.

Your sense of accomplishment, of having made good efforts with good results, is gone. Everything looks absurd from here, a rat-race of struggle against selfishness and social betrayal, greed and meanness, and the horrible impact of living on Planet of the Apes hits home.

You sit there, motionless, unable to make yourself even lift a finger to help yourself. You can’t fight this choking, smothering, overwhelming blanket of helplessness and despair.

Dark, dark, darker. The usual worries and fears give way to deeper worries and fears, and in the end, there’s nothing to do but sit in the darkness of the soul, the spiritual darkness that persists in the brightest light and the most crowded of conditions. 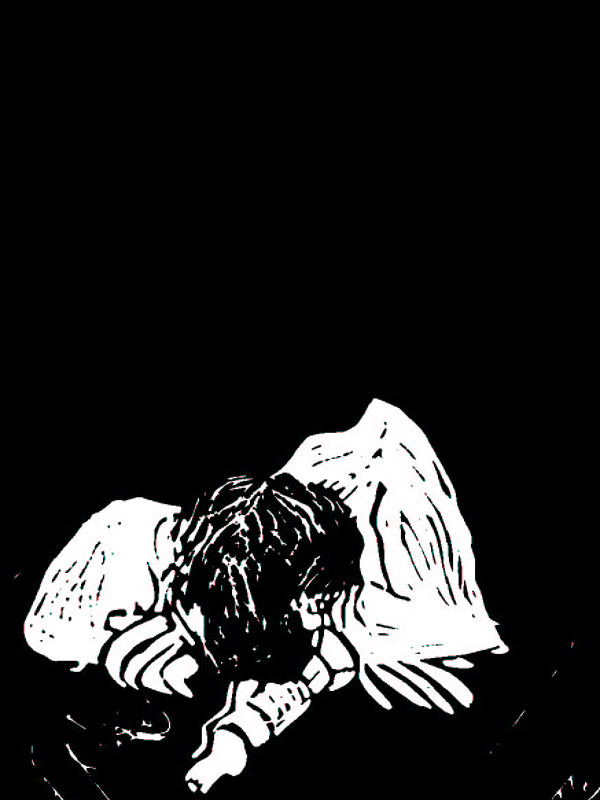 There is no special hour for The Dark Night of the Soul.

Not only are you unable to fight through it, you really don’t care, you don’t really want to make the effort to fight it, because you know it’s true. Everything you do is shit, everything that happens leads to misery and suffering, and every effort you make to climb out of it lands you deeper and deeper in the mud.

Even if you know the cause of this darkness and despair, it doesn’t help; it doesn’t clear away the cobwebs or make the fears vanish or make the worry dissipate in a cloud of particles.

It may not come as news to you, but ALL the information that IS this universe is within you, right there in easy reach. Replication and mirrors, symmetry and bubbles, origami folding and unfolding and numbers, numbers, numbers are what it’s all about, and if you can’t forget that, you need some serious Dark Hours help, and that’s why I’m telling you about this stuff, because Dark Hours Help is Here to bring light into the darkness, at least until Dawn.

All living creatures endure the same miseries in their own way, and animals of all kinds are known to have anxiety and depression. It’s part of the organic machinery.

The difference is, you can actively DO something about it, right now, this very moment. There actually IS a remedy for anxiety and depression, once you’ve applied the remedies mentioned above, ie; get some rest whenever you’re able to do so, go to the bathroom and move a little potty, and eat something, just a little snack, not a whole meal. Do this in any order, THEN apply the deeper spiritual remedy that you’ll find in my Dark Hours Remedies.

What are the “Dark Hours Remedies”? I thought you’d never ask. I have created a series of activities, experiments and creative amusements that can take up the awful slack and keep you going in a good way, even though you’re thoroughly miserable.

I don’t try to fix the misery. Let the misery be. It will go away or it won’t. The secret here is to not be afraid of the misery, the unhappiness, the feeling of failure, of regret, of overwhelm and impending doom.

One thing I can guarantee, absolutely and unequivocally: THOSE FEELINGS ARE SAFE. 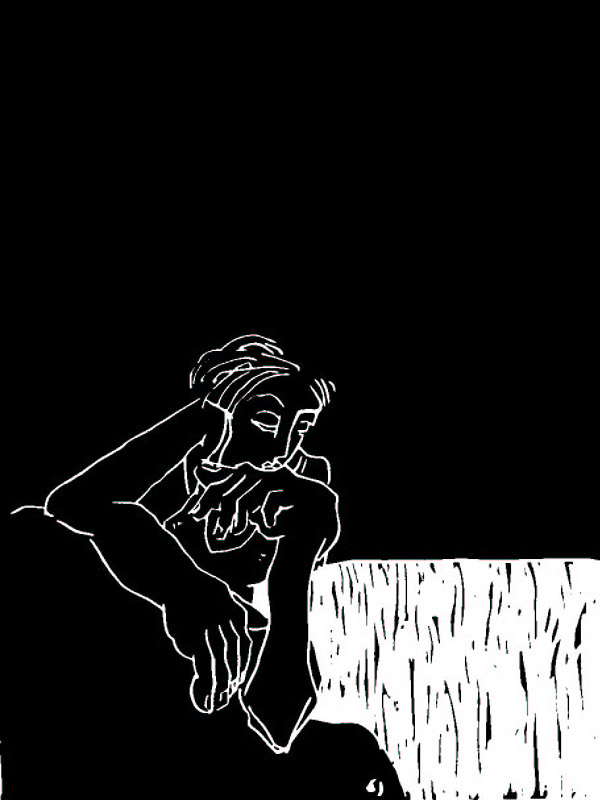 As weird as it may sound, those feelings of impending doom and failure and misery and fear and suffering and torment are all safe emotions. They, in themselves, will not hurt you and just because you feel them strongly doesn’t mean they’ll come true.

They might come true, they might happen, but the FEELINGS themselves are safe. It’s important that you LEARN TO LIVE WITH THESE FEELINGS instead of trying to fight them and eradicate them or obliterate them with drugs or electroshock therapy. Those feelings, as uncomfortable and miserable and scary as they are, are safe.

You can cultivate a tolerance for those feelings. It takes serious training, and just as much effort as it took to put the FEAR OF ANXIETY into your body, it will take to make yourself tolerant of those things, and knowing that they are SAFE feelings makes them easier to take, although they still make pain inside you.

EMOTIONAL PAIN tolerance is part of the training you will need in order to grow spiritually, along with tolerance of FEAR and LONELINESS. Boredom is a big issue that will handle itself.

You can use my Dark Hours Remedies to improve your odds of growing past the organic; they have a terrific effect on the expansion of the spirit and elevation of the Soul into Higher Realms, which is what it’s really all about, but the good effects on the lower bodies is well worth the extra effort required by these spiritual exercises and experiments.

Waiting for doom is like waiting for Godot or watching a kettle boil on a stovetop. It won’t happen while you’re watching it, right? Incredible as it may seem, that’s the computation. It’s an “Animal Thing” to watch something that seems dangerous. While you’re watching, it won’t dare attack.

This might be true about wild animals, but it isn’t true about you. Impending doom is always just around the corner. Four asteroids narrowly missed the Earth over the past several years, any one of which could have caused an Extinction Event, which would have included us. Someday this will happen, and you’ll have been right all along.

Until that day, why not relax?

I know why not. You can’t “make” yourself relax, and do you know why not? You’ve been trained not to make yourself relax. How were you trained? The same way you were trained to have no control over your emotions, your mental state, your decisions.

People don’t control their emotions. If you can go from smile to frown and back to smile, you’re either an actor or a psychotic, or you’re one of those psychotic actors they write about in the tabloids.

It’s not just a belief that you can’t control your Hidden Self, it’s reinforced throughout your childhood years and well into adulthood. The business world is a pressure-cooker with you as the main course, and the social media is the regulator of all behavior. Any modification will be handled by the environment.

This is, of course, untrue, ridiculous. You can reprogram your machine all you like. It’s incredibly easy. You can metaprogram the hell out of your Higher Self as well, if you know how, and you can re-set all the buttons, all the habits, all the tendencies, with a few simple but deft twists of the wrist, if you know the steps to take, and all of it safely, with no more tools than your hands and your willingness to APPLY my Dark Hours Remedies against fear, worry, anxiety and deep depression.

I am working with Uncle Claude to organize the DH Remedies for your application & use. These remedies are very specific to the situation, and include a wide variety of TYPES of actions, all of which can be applied at night, when alone, at home, in the midst of a terrible, crippling kind of depression that leaves you unable to function, maybe even unable to move a muscle.

People have worked on you for a long time to convince you of that. You seem safe to them only when you are predictable, when your habits rule and you walk, talk and look just like everyone else. This is called “Protective Mimicry” and is practiced by all living creatures everywhere.

You can escape the trap, but you must SEE the trap first, and only you can extricate yourself from the web-like cocoon you’ve woven around yourself.